When clonal cell population are exposed to severe stresses, we often find heterogeneous responses of individual cells: Some cells are killed; some survive for prolonged periods; and some even adapt and overcome the stressful conditions, eventually entering into the stable growth states.

Interestingly, in many cases, the survival and the adaptation of  a small fraction of cells in a population can be achieved purely phenotypically, requiring no genetic mutations that confer the resistance. We are interested in this phenotypic adaptation phenomena, and studying the single-cell dynamics and the selection processes during the course of adaptation in details for bacteria and cancer cells. 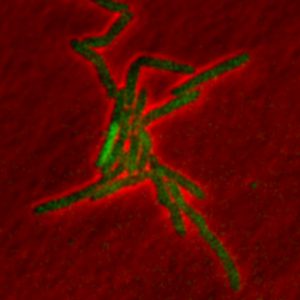